Actress vs. the actress 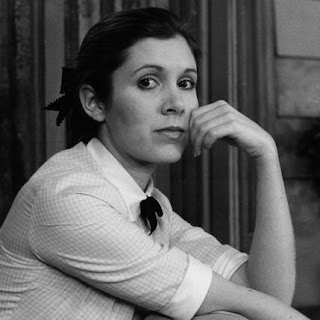 I saw a funny grammatical choice in a Quora question and I decided it was worth making a whole post about it.

The question was "What made the actress Carrie Fisher unhappy?"

In typical Quora fashion, this question is

a) awkwardly phrased, but more specifically

b) phrased in such a way as to provide a question for an answer they already had, kind of like Jeopardy! or Johnny Carson's old Carnac routine.

But it's the definite article I'm focusing on today.

My argument is that Carrie Fisher is such a household name that you don't have to specify that she's an actress. We all know that. Even if she's not a name the youngest people immediately learn (since she's, you know, no longer alive, and probably wouldn't be working regularly if she were), Star Wars is generally a movie they are exposed to early on, and Fisher immediately stands out for her star power. But, this could just be a generational thing so let's move on to my actual argument.

Which has to do with the difference between "the actress" and "actress."

"Actress Carrie Fisher" means "in case you can think of another famous Carrie Fisher, I'm talking about the one who was an actress."

"The actress Carrie Fisher" means "if you dig deep into the recesses of your brain, you may remember that there was once an actress named Carrie Fisher."

What a difference a "the" can make.

And I'm not even sure I can really explain why this difference arises from the two different phrasings. To a person who doesn't analyze grammar the way I do, they may strike a person as the same thing. It's a "know it when you see it" kind of thing.

Unfortunately, the people on Quora rarely know anything when they see anything.

Posted by Derek Armstrong at 8:14 AM