The ideal movie to watch while having a tooth extracted 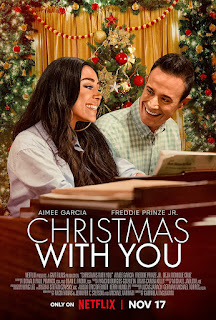 It's actually what they put on while extracting my tooth.

Some background is required here.

Back in July, my dentist told me it was probably time to extract my most wickedly misbehaving tooth, which has caused me problems throughout my life. It has a crown and it got a root canal more than 20 years ago, possibly closer to 30. I really don't remember because I am one of countless average citizens who don't keep close track of their dental history. Anyway, its partner on the bottom row has already been extracted, so it wasn't even doing any chomping. It was just causing me pain, or had the potential to anyway.

I was going to the U.S. at the end of the month, and she told me it was fine to wait until I returned. Naturally, I did not schedule that appointment when I got back -- the past six months have been a perpetual state of life admin, and I didn't want to add anything to that list if I wasn't being forced to.

On Friday night, my hand started to be forced.

I had to take some strong aspirin that afternoon after work -- too strong, probably, as I spent the rest of that day in a daze. I managed through Saturday without too many problems but on Sunday it became a real issue. While my older son was eating popcorn at the movies, I was popping aspirin. Maybe that's why I didn't particularly care for Strange World.

My intention was to make an appointment on Monday, but there were no appointments available that day, so I set up the appointment for Tuesday at 10:30. Just as I was preparing to leave, the dentist's office called me and said that the dentist had to stay home with a sick child, so all her appointments were cancelled that day. I took the next available appointment, today at 4:45.

Fortunately, this pain seems to be less of a problem during the day, so I worked both Monday and Tuesday without any major issues. But Tuesday night was hell. I needed more of that really strong stuff to get to sleep, then woke up at 4:30 with no more of the strong stuff left. I moved down to the couch but I still couldn't get back to sleep. I watched another episode of The Last Dance on Netflix (finally making my way through it about a year after everybody else), and had no idea how I was going to make it through until 4:45. At this point I knew work for the day was out of the question.

As I was walking home from dropping my son off at school, I got a call that the dentist had a cancellation and would I be able to come in at 10 a.m. instead.

Now, this dentist's office has something I've never seen before: a TV on the ceiling. Not high on the wall facing down on the room at an angle, but actually on the ceiling, so you have a perfect view of it when you're lying back in a fully reclined position. That is, unless there's the head of a dentist bobbing in and out of your view as they go to work on you.

At first, there was some news program on, with closed captions allowing me to sort of follow it. This was fine with me. I was not planning to be here any longer than it took to pull out this tooth.

But as they were actually going to start numbing me up and working on me, the hygienist asked if I wanted to watch something on Netflix. I never want to start something unless I'm going to finish it, so I told her the current show was fine, but she either didn't hear me or assumed I was just choosing the option that was easier for her.

So as she started to put it on, I figured I ought to at least decide something I could watch for a few minutes with some interest while not worrying about finishing it later. I decided on Is It Cake? Why not.

However, she never asked what I wanted to watch. She just put on Christmas With You, the latest in what I assume is a long line of Christmas movies starring Freddie Prinze Jr. Who is looking a lot more like Freddie Prinze Sr. nowadays.

I have to assume there was nothing premeditated about this choice. It was probably just the first thing suggested on their Netflix home page.

I watched enough of it (about seven minutes) to momentarily ask myself if I ought to finish it when I got home, but given all the movies I want to see that are a priority for me this time of year, I decided not to worry about it.

Of course, instead of one of those, I actually watched the 2020 drama Pieces of a Woman as I lay convalescing on the couch.

Unfortunately, I won't know until later if the tooth she extracted was actually what was causing the pain. Since it was a generalized pain in that part of the mouth, not something that could be specifically tied to one single tooth, we had to do the extraction on blind faith, knowing we probably needed to do it anyway.

Once some of the pain from the extraction, which is not too bad right now, wears off, I'll be able to see if I think we got it, or if it's going to be another miserable night made only slightly better by over-the-counter drugs.

Posted by Derek Armstrong at 4:09 PM

Labels: christmas with you