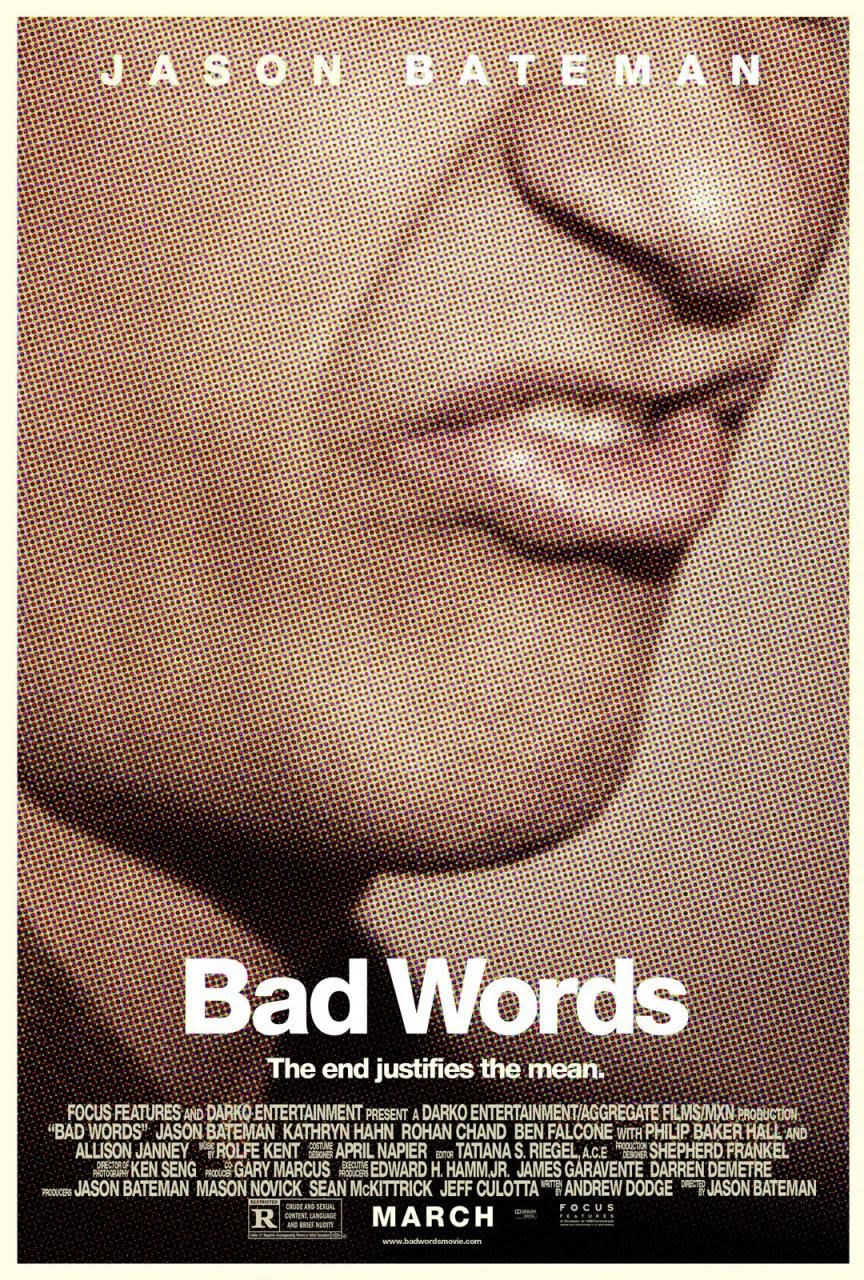 On Saturday night we watched Jason Bateman's directorial debut, Bad Words, about a 40-year-old man who uses a loophole to enter a national spelling bee competition intended for eighth graders.

The title has multiple meanings, as it also refers to the fact that Bateman's Guy Trilby has no filter. He emits profanity with a gusto that is only heightened when he's speaking to a child.

Before the movie started, though, I was focused on a different bad word -- one that has bothered me time and again since I've moved to Australia. I thought it was finally time to write about it.

The word is "unmissable," and it has been a bad bad word indeed.

I know "unmissable" does qualify as a word, barely, but it's the way "unmissable" is used in popular advertising here that really gets my goat.

The word creates hype for a movie or TV show or concert performance by trying to encapsulate how unwise it would be for you, the prospective viewer, to miss it. In this case, the word was applied to one of the trailers before Bad Words. If you had to translate it into, say, six words, those six words would be "You don't want to miss this!"

Except there's a difference between telling someone they don't want to miss something, and saying that they literally cannot miss it. It's the latter that the word "unmissable" implies.

In fact, you would have to really struggle to find any appropriate usage of the word "unmissable." (And I could stop using the quotation marks, probably, except they provide the important secondary function of belittling the word's legitimacy.) If there is an asteroid heading toward Earth and there is a mathematical certainty that the two bodies will collide, Earth could be described as "unmissable" to that asteroid. And vice versa.

But telling someone they literally cannot miss a piece of popular entertainment is just ridiculous, unless Beyonce is going to set up her band and her backup singers in your bedroom and start performing while you're fast asleep. I suppose, once you woke up, she would be "unmissable" to you.

But a movie? A TV show? There are many more ways to miss it than to not miss it. In fact, with any given piece of popular entertainment, more than 95% of the world's population is likely never to see it.

I suppose in some ways it is silly to get stuck on the semantics of this word, since I obviously understand what they mean in context, the sense of urgency they are trying to convey. But it just strikes me as such a dumb way to convey it. And what then strikes me as all the more annoying is that it's spreading like a virus. There it is on the side of that bus. There it is now on that billboard. And there it is now on my TV.

What may be strangest, though, is that this seems to be a peculiarly Australian phenomenon. Perhaps they borrowed it from the U.K., since that's a pretty common practice here. But I definitely have not seen it in the U.S., which is strange, since a) a lot more advertising is created in the U.S. than anywhere else in the world, and b) Americans typically have a pretty healthy disdain for the proper and/or intended use of words.

Or maybe it's been around for a while and I've only just recently started noticing it.

Maybe I just missed the memo on "unmissable."
Posted by Derek Armstrong at 2:07 PM