A preference for matte finishes 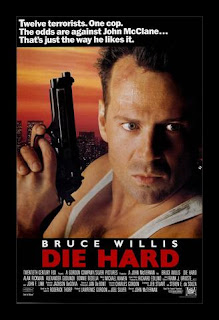 I love a good matte finish.

It's why I stop and stare at cars with matte paint jobs long enough for them to start feeling uncomfortable. It's why I order my Christmas cards with a matte rather than glossy finish. It's why I make any number of other design choices that I am probably not even conscious of.

Saturday night, I learned about another.

We were invited over to a friend's house for the fourth installment of his monthly movie night, which occurs on the second Saturday of the month. We made the inaugural installment, in which the animated version of Alice in Wonderland was on the docket, back in September, but have had to miss the intervening two. And I say it's "his" movie night, but sharing hosting duties are his wife, his son and his daughter. His son is the salient connection, as he went to daycare with my son before they both went to different primary schools. I met the dad at a birthday party and we hit it off.

Although both my kids and I attended the first time -- I can't remember my wife's conflict -- only my older son and I attended this time. My wife's conflict is a lot easier to remember this time, as she is in the final days of recovering from having wisdom teeth removed on Tuesday. My younger son, meanwhile, has had a bit of a cold, and also had his birthday party scheduled for Sunday. To ensure they would both be in their best possible fighting shape for his party, my wife and he stayed home.

This month was, not surprisingly, a holiday-themed month. The movie was Die Hard, or if you were under a certain age, it was the new Netflix movie Klaus in the other room.

I was excited enough to see Die Hard, one of my top 50 films of all time, but as I only saw it most recently two Christmases ago, it did not feel like an essential catch-up for me. The more exciting aspect was the chance for a Christmas season gathering, as "holiday drinks and desserts" were promised.

As it turned out, I only saw about the first 30 minutes of the movie. The rest of the crowd was later arriving than we were, and we didn't get started on the movie until nearly 8:30. My wife had asked us to leave by 9, which would have been possible if the movie had started around 7, which I imagined it might. No worry -- I preferred the socializing with other film-enthusiastic acquaintances, and my son loved playing ping pong and cricket in the backyard with the other kids.

I watched enough of Die Hard to know that this family's TV was on the wrong setting. Or, "wrong" if you don't like hi-def, which I don't.

Another guy I'd met that night, and talked to the most in the lead-up to the movie, shared that he couldn't get used to the hi-def, an observation he made based on one of the two shorts we watched prior to starting Die Hard. I wouldn't have said such a thing, as I would have thought it seemed critical of the hosts -- a concern he obviously did not share, as he also declared that he hated one of the two shorts. (He seemed to pull it off without offending anybody too much, a balance I don't think I could have struck.)

But once he said it, I allowed myself to go into my own standard talking points about hi-def -- in a kind of one-on-one aside while others were having other conversations. You know, how it makes things look like a bad BBC production from the early 1980s. I believe the word "confronting" was also used. You don't want things to look that realistic.

Then he used a word that brought it all home to me: matte.

He said that movies in our preferred TV mode have a matte finish, while hi-def makes everything too shiny.

There's a literal shininess to hi-def, as oils on people's skin are among the many unflattering realities that are brought to light by the format. Plus the reflections off things tend to be magnified. But there's also a metaphorical shininess that comes from the stark lines of demarcation between the objects in the frame. They stand out and pop in a way that wows on a level of sheer curiosity, but ultimately makes for an unpleasant viewing experience over the course of a whole movie, or even short bursts of a movie.

The traditional way we watch movies -- which includes viewings in nearly every cinema in the world -- is a more matte presentation. It may not be the "top of the line technological advancement," but it sure looks nicer. I'm sure actors and cinematographers the world over agree with this.

Not until Saturday night, though, did I observe the correlation between my preference for matte finishes and my preference for standard def, or as the picture mode is called on my TV, "cinema" or "movie" or something along those lines.

There's a reason the mode is called that, right?

I was just as happy to leave Die Hard at the 30-minute mark. In addition to looking unpleasant, as all hi-def images do, the form has a ghosting or stuttering effect on the movement of the images, especially in older films that never could have anticipated this technology. When John McTiernan made Die Hard in 1988, he never meant for it to be seen this way.

And after 30 minutes, I stopped seeing it that way. I took my son home to bed and watched Star Wars: The Force Awakens in the gloriously matte presentation of my own television.
Posted by Derek Armstrong at 8:36 AM