When movies imprinted themselves 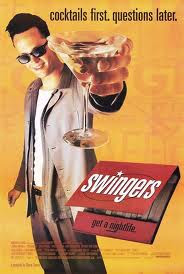 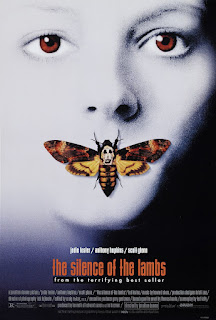 Before this past weekend, I'd seen Swingers only once all the way through.

Yet I remembered almost everything about these movies. Their great scenes had been seared into my brain. Imprinted, you might say.

Wondering why that doesn't seem to happen anymore.

With movies I watch now, I quickly forget the details. In fact, sometimes I've forgotten the details by the very next day.

Now granted, these are not the most fair examples to choose. Both Swingers and Silence of the Lambs have classic lines of dialogue and iconic imagery that have been parodied multiples times. And I'm sure I've seen parts of each movie more recently than the 1990s. They're such modern classics that you're also seeing clips of them in clip packages on various awards shows. These two movies are the furthest thing from passing trifles ... even though Swingers may have been designed as a passing trifle.

But it still amazed me how many parts in each movie I was looking forward to seeing again, how many quotable lines I was expecting to rear their heads.

(And just to prove to you that I don't merely think each decade is greater than the one that came after, I also think the 1990s have a leg up on the 1980s. I may have guilty pleasures that I love for personal reasons from the 1980s -- many of them, in fact -- but I would surmise that the 1990s produced better movies on average. To say this, I must set aside the obvious personal favorites produced by the 1980s, such as my top three movies on Flickchart: Raiders of the Lost Ark, Back to the Future and Raising Arizona. Yep, I think that overall, films from the 1990s may have been better.)

But I don't want to get off track here. The question brought on by watching Swingers and Silence of the Lambs yesterday was this:

Have the movies changed, or have I?

Well, I know I've changed in some ways -- ways that may or may not be important in the overall scheme of things. For one, I was a far more selective viewer when Swingers and Silence of the Lambs hit theaters than I am now. When Lambs came out, I was a senior in high school, and needless to say did not have the same amount of unprogrammed personal time to fritter away on movies. The outlook was slightly improved by 1996, when Swingers debuted. I was out of college and could theoretically watch all the movies I wanted. But watching movies was still more of a commitment than it is now, as you had to pay individually for all rentals, rather than just catching them streaming as you pleased.

So what I'm wondering is whether movies don't imprint themselves on me the way they once did, simply because I'm letting each one sit with me for less time as I scurry on to the next.

Back then, I may have watched only 100 movies in a given calendar year. Now, it's upwards of 250. There have to be some consequences of that ... don't there?

I'd like to think that only today's forgettable movies would be forgotten, and the parts of my brain devoted to recalling movies would occupy themselves with the great ones instead. If that were the case, my capacity for movie-related random access memory would be undiminished.

Yet I feel like it probably is diminished. One phenomenon I've been discussing with my wife is that I will often forget what specific things I found so funny in a movie that left me in stitches. I'll sit down for a kind of post-mortem on the movie, either with a friend or in my own head -- a necessary ritual to processing and help imprinting what was so enjoyable about it. And I'll be grasping for straws. I find it crucial to savor and replay the great comedy bits, but I'm not as able as I once was. I usually need to see the film a second time -- even if it was really good -- before it will imprint.

I guess it could just be that I have lower standards for what I consider "really good." Perhaps it's all relative. Perhaps I remember Silence of the Lambs and Swingers so well because my current definition of "really good" pales in comparison to my definition of "really good" from 1991 or 1996. I may think I'm feeling as fondly toward today's movies as I felt toward those movies, but it's only because I'm comparing them to such worse movies. I can see how that's a good thing, on a purely practical level, because I'm kind of addicted to the thrill of discovery and the ecstatic feeling of joy that comes along with it. If I were comparing all movies I see today to the greatest movies I've ever seen, I might be in for a lot of disappointment.

Or it could just be that my brain doesn't work as well as it used to. Old(er) age can do that to a person. So can poor quantities of sleep.

But it was nice to know that even if my short-term memory appears to be diminished, at least where films are concerned, the long-term memory is in fine working order.

And I'll go out on a limb and say that when it comes to movies like Swingers and Silence of the Lambs, they really don't make 'em like they used to.
Posted by Derek Armstrong at 5:36 AM

Labels: swingers, the silence of the lambs, watching movies

Before I got far with that knee-jerk comparison of eras, I thought of the two things that were different. You say you had less time to devote to movies in the 90s. They needed to be good in order to justify your carving out time for them. Even if they weren't always great movies, your desire to have your investment rewarded likely made you sensitive to finding the good stuff in each movie you saw.

In the 90s, you were still establishing your baseline for movies. Ever since then, it's been a matter of placing everything you see in the continuum created in the 90s.

The second issue worth considering is that the 90s were a different era. The Cold War was over. The economy reached its greatest boon in ages. We made significant strides on social issues (yes, I'm aware we didn't live in a Utopia; what matters is it felt we were making real progress).

The status quo was favorable for most of us in the 90s, and that kind of climate allowed storytellers to create heroes and villains of a more abstract nature.

There are a lot of 90s movies that just could not be made the same way in our post-9/11 world. An obvious example of this is Starship Troopers, which seized on Robert Heinlein's novel as a chance to satirize the pro-war culture. In 1997, it was a celebration of how our culture seemed to fancy itself above the ugliness of war. If that exact movie was released in 2002, Fox News would have crucified it for being anti-American and treasonous, liberal propaganda.

The last decade has been a very defensive one. Every issue has been seen through an Us vs. Them prism, with Them always having the advantage somehow. That environment affects the art created in it, and I think this is the big thing about the movies that you find different. Storytellers of the 00s often didn't even get to choose the kinds of themes to tell; they were demanded by society itself. It was no longer a matter of hypothesizing how our golden years might carry on, but instead one of expressing solidarity with people who are frustrated, hurting and afraid.

In short, they're no longer about the kinds of lofty, abstract ideals that movies do so well. We're afraid of audiences actually empathizing with our villains now, so they must always remind us how evil they are. Zombies have been popular partly because they've historically been an allegory for social anxiety, but also because no one expects depth of any kind from zombies. We don't have to dance around issues of whether their motivations are reasonable, or whether our protagonists are truly on the right sight of history.

Also, 90s science-fiction storytelling was still often about cautionary tales and social allegories. 00s sci-fi is really just about giving lavish settings for action movies because CGI can let them do just about anything.

Remember in 1996 how thoughtful viewers hated Independence Day but the rest of us defended it as harmless fun? We repeat that debate every time there's a new Transformers movie, except they're really just outrageous action movies and not even about sci-fi. At least Independence Day emphasized the classic sci-fi theme of humanity uniting in the face of an external threat and in so doing gave us something positive to celebrate.

Certainly, there were plenty of people for whom the 90s sucked, too. But by and large, Joe Sixpack's problems were much less immediate and overwhelming then than they have been since. Our movies have been compelled to reflect that because if they don't, then they come across as out of touch and/or disingenuous. The problem is, this fidelity to the zeitgeist of misery is not ideal for allowing storytellers to do what they do best: Speak to our higher notions.

Darn, Travis, I wish I'd been this insightful in my post. Thanks for the thoughtful analysis. Really enjoyed reading it.