Subtract some of the ads 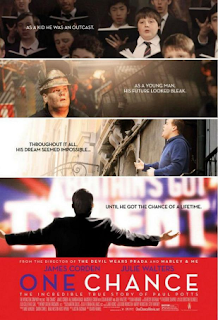 Hey, Australia: Ease up on the ads, will you?

I went to my first movie at the Hoyts theater chain since arriving in Australia on Tuesday, and here's what I saw: ads.

Oh, I think there was a movie tacked on to the ending. I can't remember. (Yes, the Naomi Watts-as-Princess Di movie, Diana, was pretty forgettable, but it was also pretty passable considering the early reviews.)

I was rushing to make a 1:10 showing at a theater that was nearly an hour's tram ride from my house. I wouldn't normally travel so far to see a movie, except that the theater was in the same mall as the Ikea, and we needed to pick up a bedside table that had been out of stock last time I checked. Seeing as how Tuesday is the day for "cheap" movies at Hoyts ("only" $12 a ticket), I figured this would be a great occasion to patronize Hoyts for the first time.

Well, I could have slowed my pace just a little bit.

I arrived at 1:12 ... and still had 20 more minutes of ads and trailers to sit through before the movie started. Really. Twenty minutes.

I guess I've been a bit spoiled by my regular Monday visits to Cinema Nova, where you get almost no ads before they launch into the trailers. And I don't mind a few, having certainly become accustomed to that in the U.S.

The reason the bevy of ads that preceded Diana really bothered me, though, is that they broke from a U.S. custom that I thought would be easy enough to follow internationally. Namely, the first movie trailer did not signify an end to the commercials. In fact, just the opposite.

Fairly soon after sitting down, I got a trailer for the inspirational dramedy One Chance, in which a tubby British boy becomes an unlikely opera sensation. (Don't know why it's so unlikely -- aren't most opera singers tubby?)

Following this was, I don't exaggerate, ten commercials. Ten.

At about 1:25 I figured that the movie was ready to start. I figured wrong. This kicked off another six movie trailers.

Only at long last did the further dimming of the house lights indicate that we were finally going to get a movie.

Maybe being inundated with ads is a Tuesday thing. "You don't have to pay $19 for the movie, but your penalty is 37 minutes worth of ads."

So back to Cinema Nova next Monday it is, then.
Posted by Derek Armstrong at 12:34 AM