MIFF: Six down, six to go 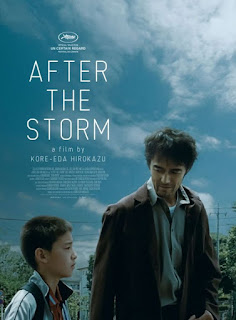 I've already seen one more movie than I've ever seen at MIFF, and I'm still only halfway to the finish line.

Suffice it to say, a little bit of burnout is starting to set in. 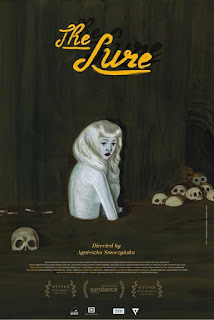 Not surprising after double features on consecutive nights, only one of which I'll actually discuss in this post. So as I'm actually writing this, I have eight down and four to go, but for the purposes of this post I'm pretending it's still Saturday morning.

I doubt you guys are devouring these posts anyway, especially as I have expended most of my word count on the logistics of getting to my screenings. Which is a little boring, but as I already started this post that way yesterday morning, I might as well not scrap what I've already written.

Food is getting me into trouble at this year's MIFF, and I can't seem to learn my lesson.

For Friday's double feature I envisioned myself getting two small dinners, which would equal one regular dinner.

The first was a thank you pizza party for the volunteer staff for last year's Human Rights and Arts Film Festival (HRAFF), of which I was one. The timing is a bit unusual as HRAFF is about to start up again for 2017 in just over a week, but that's neither here nor there. What it meant to me was a couple slices of free pizza and a chance to chat with a few friendly faces for 20 or 25 minutes before I had to get to the Forum on Flinders for Hirokazu Kore-eda's (or is it Kore-eda Hirokazu's?) After the Storm. Without my bike I wouldn't have had any hope of traversing the town to the HRAFF HQ by 5:30 and getting back to the Forum by 6:30, but fortunately, I'd just gotten the chain back on the night before and it was ready to go.

The second was dumplings at my favorite dumpling place on Swanston Street, which would be right near my second screening at Melbourne Central, the 9:15 showing of Agnieszka Smaczynska's mermaid movie The Lure. I should have at least ordered the smaller size, but in my haste I forgot.

Meandering down to the Forum from HRAFF was pretty much fine. I left early enough to make the trip, but unfortunately chose a dumb, traffic-clogged route along Flinders, which made it pretty hairy. It was a bit of slog but I ultimately made it in plenty of time.

I needlessly complicated getting to The Lure on time, though. I still had visions of Chinese food in my head from Wednesday's aborted attempt, even though I'd scratched that itch on Thursday. I guess I had an irrational worry that the pizza hadn't been enough or it had been too long ago, and I might starve to death during the second movie. Or maybe I just really wanted those dumplings. Anyway, this place is usually pretty fast, one of those places that likes to move people in and out, but I don't think I'd ever been on a Friday, nor had I ever gone when I'd had so little time before my movie. (That's usually when I go since it's near the theater.) Long story short, the food didn't come until within five minutes of the movie's start time, leading me to inelegantly shovel dumplings into my mouth in a flurry -- though I still insisted on using chopsticks. Hey, I'm not an animal. Some slightly more animalistic tendencies did kick in, though, when I sized up my remaining dumplings and my remaining time, and decided to throw three of them into the tupperware container I'd use to carry my hardboiled eggs to work that morning. I could have, should have just left them, but they did make for an easy enough snack in the theater a few minutes later. (And I thought smuggling a burger into the theater was bad.)

I weaved through the crowded Swanston Street sidewalks (footpaths) like a madman, but still somehow had several minutes to spare before the movie started once I'd found my seat.

This was a quality double feature.

After the Storm is from the director of my #2 movie of 2014, called Like Father, Like Son. It's very much in the same warm, humanistic spirit as that other movie, which I'm sure is also the same spirit as Kore-eda's I Wish (which I started to watch once but got through only two minutes before I decided it was too late at night). Anyway, I just love this man's movies. This isn't quite in the league of LFLS, but I gave that movie five stars on Letterboxd so that's not entirely surprising. It's about a struggling novelist with a gambling addiction who's had to take on work as a private investigator to make ends meet and pay child support to his ex-wife. Sounds like a hundred noir movies, but in Kore-eda's hands this topic is down-to-earth and quite lovely. He's trying to have a relationship with his son, who he sees only once a month, while also trying to convince his ex they aren't really through. His mother and sister also factor into the story, which revolves more or less around a typhoon about to hit the region, which puts them all in the same house unexpectedly overnight. Anyway, it's a real joy, even if it's probably lesser Kore-eda.

I don't even know how to describe The Lure. Fortunately, I did my best in the review I wrote of it, which I will link to in this post as soon as it goes live. It's unlike anything I've ever seen before, which is almost always a good thing, and which is at least 95% of a good thing here. [UPDATE: Here is the link.]

One funny bit of doubling related to The Lure has to do with a movie from Wednesday's double feature. When it started I thought "Hey, one of those two mermaids looks like Olga Hepnarova." I, Olga Hepnarova being one of two movies I saw on Wednesday. But then: "It couldn't be, because that movie is Czech and this movie is Polish." Well, later on IMDB I determined they are, in fact, one in the same -- actress Michalina Olszanska. So she's actually Polish, but the Czechs borrowed her for Olga Hepnarova. The EU -- what will it do for us next? (The countries border each other, so yeah, not much of a stretch after all.)

In this double feature, four stars for both movies, leaving the total at an incredibly solid eight. That's a full star higher than Wednesday's double feature, which had one five-star movie but then a two-star movie (the aforementioned Olga Hepnarova) dragging it down.

How did I do with Saturday's double feature? You better bet I will write a post about it, in which you will find out.
Posted by Derek Armstrong at 8:49 PM

Labels: after the storm, miff, the lure