James Gunn continues to not stop talking about himself 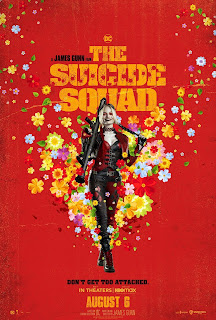 This marks the fourth time I have complained about James Gunn on my blog.

That's too much. Even I know that.

But it's the first I've written about him in three years, so you know, I have to catch up new readers on my thoughts.

As I wrote about here, here and here, Gunn loves the sound of his own voice. Or the sound of his own thumbs on his phone. He wants to be the topic of conversation and so he comes forward with "newsworthy" bits of information that sites like Movieweb will break out into their own non-news articles. If I didn't subscribe to Movieweb I might not be half as annoyed by him as I am.

In the third one of those posts, though, I talked about how Gunn had finally been "hoisted on his own petard" -- and I just noticed I spelled "petard" wrong. (Embarrassing. I've fixed it.) Twitter was the platform Gunn had been abusing as a social media hound and attention whore, and then Twitter started abusing him by producing old tweets in which he joked about pedophelia. He was fired from his gig as director of Guardians of the Galaxy - Vol. 3.

This did shut Gunn up. For a while.

If it had been just one story I'd heard from this week, I would have kept these thoughts to myself. Gunn can come back out of his hole now, as he is director of both the upcoming The Suicide Squad and of the eventual movie from which he was fired, the third Guardians of the Galaxy. Which itself was probably more than the deserved.

And the first "story" seemed fine as promotional accompaniment to The Suicide Squad, in which he talks about how the movie "saved his life" (puh-LEEEEZE) because of its timing, as it was offered to him when he was licking his wounds over the Twitter pedophelia controversy. (I mean, it probably did save his life, but the self-pity involved in that comment is nauseating.)

But then another bit of non-news without a non-news peg -- again courtesy of Movieweb -- came along today, and I just can't keep these fingers from typing.

Today Gunn wants to tell all of us how he is "probably done" with the MCU after Guardians of the Galaxy - Vol. 3.

First, I don't care. You care a lot more about the future of your career than we do, James.

Second, look at the big man trying to reclaim the upper hand over the company that fired and then re-hired him. I guess once you're almost done with the new movie (not sure how far along he actually is) you can start biting the hand that feeds you, even if that hand also temporarily withdrew your food. (Because of something you did, don't forget.)

Now, I have to say, in reading what Movieweb chose to single out from his New York Times interview in support of The Suicide Squad, this seems a lot more like a Movieweb writer desperate for content than James Gunn taking to the airwaves to give us his unsolicited thoughts on himself. I should know by now to blame the writer, not the subject, when it comes to Movieweb.

But the fact of the matter is, no other director out there is so consistently quoted by Movieweb talking about himself as Gunn is. And after awhile, it seems like Narcissus is seeking out those reflective surfaces in which to preen at himself.

Okay, now I myself will shut up about Gunn ... for at least three more years.

Posted by Derek Armstrong at 8:53 AM