A very Australian Australia Day - or was it? 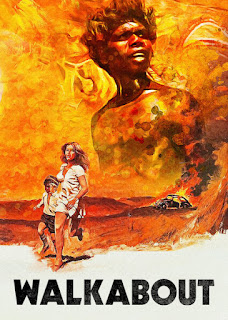 Among indigenous Australians it is often referred to as Invasion Day, and as such, progressive-thinking Australians cannot celebrate it unproblematically. Suffice it to say that while flying Australian flags on January 26th may have once been commonplace among Australians of all political stripes, nowadays it definitely indicates your right-wing tendencies. The most progressive may attend protests on the 26th of January; a couple years back, we attended a concert of Aboriginal musicians, which we considered to be progressive enough while also involving two young children. (The repeated use of f-bombs by the final artist, rapper Briggs, did make us laugh about the actual appropriateness of this as an activity for children. When at one point he said to put those little motherfuckers up on our shoulders -- meaning he was certainly aware there were children in the audience -- one of my kids asked why he would refer to children that way. It was funny.)

Still, regardless of what you think of it, it's a day off from work, so there can't help but be a bit of a festive air to it.

We had a pretty stereotypical Australia Day in a number of ways yesterday. Namely:

1) We went to the beach. The water was gorgeous. It was almost hot in some places.

2) We made cheeseburgers on the BBQ for dinner. Shrimp might have been more Australian, at least in terms of how the stereotypes go, but my wife doesn't like shrimp.

3) We watched a couple sets of the Australian Open. My older son surely would have watched more but I made him go to bed in the middle of the third set at just after 10 o'clock.

4) I watched the Australian movie I was most ashamed I have yet to see.

Now that I'm reading about it on Wikipedia, I can see that Nicolas Roeg's 1971 film Walkabout actually prompted an argument among critics at the time about whether it should be considered Australian. That it takes place in Australia is obvious, but the director and the two white stars are British -- the boy even being the director's son, Luc. The girl, Jenny Agutter, would go on to appear in Logan's Run and other films.

Whether the film deserves its place among the canon of "Australia's greatest films of all time" -- as in, films made primarily by Australians -- it certainly does make for an appropriate sort of Australia Day viewing, if you are looking askance at that holiday.

The story involves two Sydney children who get lost in the outback after their father commits suicide and burns their car, after first trying to kill them. What a way into the story. Led by the 17-year-old girl (the boy seems to be about eight), they try to walk home, without any real idea where they're going. After finding an oasis that sustains them for about a day before the water dries up, they are rescued by an indigenous boy, who continues their "walkabout" of the title -- killing the animals they require to survive and keeping them alive, without being able to communicate with them verbally.

One of the other things that drew me to watching Walkabout on Australia Day was it being the first role for indigenous actor David Gulpilil, who died last year. I also watched a documentary on his life last year. I was actually thinking I'd watch his final starring role, Charlie's Country from 2015, rather than his first, but I couldn't find it available on my streaming services (after borrowing it from the library in December and having to return it unwatched, due to the holidays and moving). When that wasn't available I found Walkabout on the second service (Amazon) I tried.

Interestingly, he was credited as David Gumpilil here. I'm not sure if that was an error on the part of the filmmakers or has to do with indigenous naming customs, which have to do with honoring the dead but which I don't understand fully. (After Gulpilil died, for example, his family asked that he be referred to as David Dalaithngu, but only for the first three days after his death.)

Without completely detailing what happens in this story -- such as it is -- I will say there are a lot of images of a spoiled Eden and intimations about the ways white settlers destroyed a more pure version of Australia. Because this is Roeg and he has always let his imagery rather than his words do the talking, this doesn't hit you over the head, though it's also impossible to watch the film without getting the point. There are a number of scenes of animals being killed, for example, and though it is Gulpilil's character who kills most of them, he does so humanely, with his spear, for food. The white hunters we briefly see shoot them for sport. Big difference.

Indeed the film is incredible to look at, hallucinogenic in parts, and it manages to be a film both recommended for viewings by children (it makes lists of films children should see before they turn 14) and one with intense imagery and subject matter (a father trying to shoot his own children before killing himself? Jenny Agutter appearing nude multiple times at age 17?). Although I did really like it, something about its conclusion left me a little hollow, though it's certainly compatible with the themes of the loss of innocence experienced by a people and a country.

I suppose it has a small amount of additional resonance to me as Roeg was, like me, not an Australian but trying passionately to interpret Australia as an outsider. If I one day could produce the writing equivalent of Walkabout, that would be cool, but I'll probably just continue watching an intelligently made and critical film about Australia each January 26th. This was only the second time I've watched a film set in Australia on January 26th after Phar Lap in 2014 -- a far more traditional Australian-made film about white people -- but I'll hope to keep the new tradition going from here, with an eye toward films that consider and properly honor the true owners of this land.

Posted by Derek Armstrong at 8:41 AM