My 25th anniversary ranking of #1s 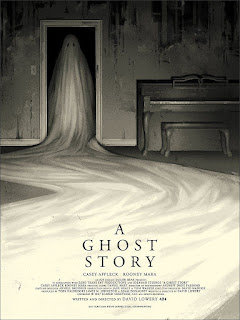 It occurred to me that this January marks the 25th anniversary of the first time I ever ranked my movies from first to worst. Because of the way these things work, I just named my 26th #1 film, since I chose a #1 in January of 1997 and in January of 2022, bookending that 25-year period. (It might have even been February back then because the Oscar nominations dropped a little later in those days.) But it's 25 years, and I didn't think to mark the 25th #1 last year, so I'll have to acknowledge the anniversary rather than the milestone. Besides, I didn't decide at the start of 1996 to rank my movies that year -- I decided at the end of it. So the whole thing really did start 25, rather than 26, years ago.

I still remember quite clearly my apartment in Providence, Rhode Island, working on that first list, which I may have actually written down on a piece of paper before ultimately committing it to permanence via Microsoft Word. I obviously didn't have my current methodology on that first time through, where I steadily add movies as I go and assign them a comparative worth, so I am building the list all year rather than right at the end. No, that first one was a matter of sitting down with a list of movies and choosing their order right then and there. I think my current system allows for better accuracy, but there was something thrilling about that initial approach.

I've moved eight times since I lived in that Providence apartment, but the lists have always come with me, safe and sound on Word documents I have regularly saved and backed up and never lost in some sort of calamity. And of course the desire to keep making the lists has also traveled with me, as intact as it was that first year -- or should I say, even more intact, as the obsession has only grown over a quarter century.

So let's honor that obsession with something obsessive.

Last night I watched my #1 of 2017, A Ghost Story, which I had mentioned in a post two days ago as an example of something I was discussing. Invoking its name got the movie in my head, as did noting Casey Affleck's entry into the two-timers club of people who have been in two of my #1 movies, a feat he accomplished this year with Our Friend. The reasons A Ghost Story came up twice in three days on my blog had nothing to do with each other, except that both times it was because it had topped one of my year-end lists. So now that I'm no longer watching 2021 movies and am free to watch whatever I like, I had to scratch that itch.

At first I laughed at myself for such a suggestion. I recently got done telling you that I was only doing one bi-monthly series this year, instead of the intertwining ones I did last year, so that I had six fewer viewing commitments over the course of the whole year. So now I want to add another 25?

It's 24 actually, because I already started a couple weeks ago without realizing it. I watched Our Friend for a second time on January 10th to confirm it should be my #1 of 2021. That counts I think.

And there's something really good about that number of 26 as it relates to a calendar year. To watch 26 movies in 52 weeks just means you have to watch one every two weeks. I'm already 1/13th of the way there.

I won't commit myself to watching them at those intervals, though I'll try. If I get behind it will be easy enough to catch up later.

What will this lead up to, you ask?

At the end of the year, I will rank these 26th movies from first to "worst," like I do with the movies I watch each year, and post the results here. Think of it like that season of Survivor comprised entirely of past winners, where they competed to see who was the winnerest among them.

Rewatching some of these movies might feel a bit like overkill. Since they are among my favorites from the last 25 years, I do watch them with some regularity anyway. In 2021 alone I watched three of them, those being the two Charlie Kaufman had written (Adaptation and Eternal Sunshine of the Spotless Mind) plus a random rewatch of my best of 2018, First Reformed. (Kaufman wrote a third #1, I'm Thinking of Ending Things, but I didn't watch it in 2021 because I had just watched it a second time at the end of 2020, and there weren't enough available viewing slots in my I'm Thinking of Kaufman Things series.) I still think I need to watch those films again to be completist on this project, but I'll push them back closer to the end of the year.

It's been longer for most of the others -- a lot longer in some cases, as you will see in a minute -- but I rewatched all my #1s from 2010 to 2019 in the year 2019 so as to consider them for the best of the decade. So those are comparatively fresh too. Still, I think it makes sense to rewatch all of those again as well, to make my impression fresher. Three years is plenty long between viewings of favorite films that it should not seem like a chore to watch them again, even if they are long like Toni Erdmann.

This also gives me an excuse to finally do something I should have done ages ago: Rewatch the first #1 I ever selected, which is also my only #1 movie I have seen only once.

That's right, given that it was the movie that kicked off this whole thing, you'd think I'd have been eager to go back and reconfirm the greatness of Al Pacino's Looking for Richard, my #1 of 1996. I can probably thank my enthusiasm for this movie for starting the list project in the first place, and yet I've never gone back to see if my 23-year-old brain was making good cinematic choices. This despite the fact that I've owned the movie on DVD for most of the past decade after buying it from a video rental place that was going out of business.

That will likely be one of the first I rectify, but chronological order is obviously not important to me, as I've already ticked 2021 and 2017 off my list. That might have been an interesting way to go about it and it certainly speaks to the organizational part of my brain. But if I'm going to add 24 more viewings to my 2022, the least I can do is catch them as catch can. Watching them in random order seems to be a good way to randomize their impact on me as well, and even the playing field when they do all duke it out for top honors in December.

I'll probably use the same system I used to determine my best of the last decade, which is that I'll put all 26 movies in a special Flickchart account and keep dueling them until I'm satisfied with the order. Based on my current Flickchart, which includes some of these movies in my top 20, I have a suspicion about how things will go, but it's also possible that new viewings will help me reconsider my assumptions about their relative worth. I hope so or else it's really not worth doing.

One last thing, and it has to do with the backing up of these lists that has been successful so far, but is always potentially fallible despite my best efforts.

Although I won't write about these new viewings on this blog unless something else about the viewing inspires me to write -- you better bet there will be a specific Looking for Richard post when I get to it -- I do think this might create an opportunity for some blog material, and it has everything to do with committing my lists to permanence.

You can find my rankings from #1 to #whatever dating all the way back to the first list I published after beginning this blog in January of 2009. That one saw The Wrestler claim top honors. But my lists before then? They are still only saved in these Microsoft Word documents.

As having material to write about has proven something of a challenge in recent years, setting aside these prolific times at the end of the year/start of the year, I think I will periodically post the other lists on this blog, starting with the best of 2007 and going backwards. In this case I think chronological order is warranted. I'll post the list exactly as it was on the day I closed it, and then of course do some analysis, maybe even showing the order in which those movies rank for me today on Flickchart, to see how much has changed.

And then I will have versions of these lists that are safe from every calamity short of the calamity of The Audient itself going offline.

I don't think you need or could possibly want any more on this topic for today. Just know that I'm off and running on yet another movie project, one that is assured of having a lot of quality viewing in store for me.

Posted by Derek Armstrong at 8:38 AM