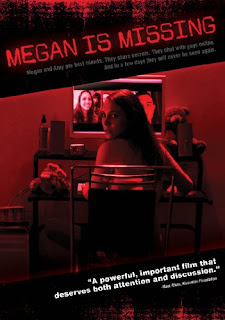 After closing out my 2011 rankings last week, I was determined not to see another 2011 film for at least a couple weeks.

But last night I couldn't help myself. See, it was "lady's choice."

You may think I'm referring to my wife and her gender when I say "lady's choice," and in this case, I am. But "lady's choice" could also refer to something I'm choosing.

Before you think I spend my nighttime hours in drag, let me explain. "Lady's choice" has become a phrase that gets thrown around our household all the time. On one particular evening in the last couple years, my wife asked me what I wanted to watch on the DVR. Because she'd had a bad day -- but maybe also because I wanted to win points -- I deferred to her and said "lady's choice." I always think of this as a phrase that might be used by a dealer or pit boss in a fancy casino. So I used it kind of whimsically, but it caught on.

Now, "lady's choice" basically translates as "I'll defer to you." And my wife uses it (almost) as much as I do.

A couple weeks back, we decided to start a "Lady's Choice Movie Night." Every second Tuesday, one or the other of us will get to choose a movie to watch, and it will be 100% our choice. She or I will get to be a total dictator, and the other person just has to sit there and take it. (Oops, that just got dark.) We'll be benevolent dictators -- there'll be no attempts to screw the other person with a genre we know the other person hates. But neither will there really be the chance for the off-week person to opt out. She'll just have to trust me, and I'll just have to trust her.

Why didn't we think of this years ago?

For me, it's win-win. Even in weeks I'm not choosing, I win. Because for me, watching a movie at all is a victory, and I'll watch literally anything that's out there. Watching a movie is a victory over the demanding grind of keeping up with our TV shows.

So my wife kicked off the series last night with the 2011 film Megan is Missing, which was in our Netflix instant queue. Because I so dominantly set the watching agenda in the month leading up to the closure of my 2011 rankings, she's actually going to get the first two picks in Lady's Choice Movie Night. She'll be picking again on Valentine's Day, as it happens.

As for the specific movie that got us started, well, I'm not sure how much I want to say about it. It's in the found footage genre, I'll tell you that.

I don't know if I want to recommend it to you, and I don't know if I even want to tell you the reasons why I don't know if I want to recommend it. I vastly preferred not knowing anything about it going in. However, you need to know enough about it to know that you might not want to see it. Let me just say that it is very confronting. I hope that could mean a couple different things to you. If you don't think you want to be confronted, don't see it. However, if me talking around it in this way has only whetted your appetite, then see it. Just don't blame me if you decide you wish you hadn't. (I'll say one other thing: Since you can tell from the title it involves a missing girl, it was a rather ironic first screening for a series centering around "lady's choice.")

So I must say I'm looking forward to what she chooses on Valentine's Day. My wife is not what you would call a huge romantic -- I'm much more likely to fill that role -- so it will be interesting to see what she chooses on a night when we want to watch something related to love and romance. She may not be a huge romantic, but on Valentine's Day, she buys in.

My first choice, on the penultimate day of February? Well, I'll tell you now that I plan to use this series mostly to watch movies I've already seen but she hasn't. That seems to me like the most logical interpretation of me choosing the movie, and there are plenty of movies I want her to see if we could only find the time. Well, we've found it now. And I plan to start with Sidney Lumet's Running on Empty, which you may remember as the movie where River Phoenix got an Oscar nomination for best supporting actor. (It also stars Judd Hirsch, Christine Lahti and Martha Plimpton.) I'm curious to see if it holds up. She loves Lumet, though, so I'm throwing her a softball to start, something she should definitely like. (If it holds up, that is.)

And if she wants to interpret the series as continuing to clear out random titles, like Megan is Missing, from our instant queue, then more power to her.

After all, it's lady's choice.
Posted by Derek Armstrong at 3:05 AM