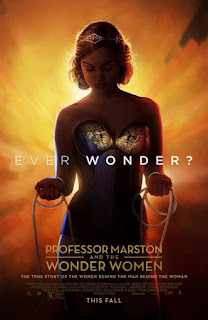 Getting us started back in June, and really deserving to have this all to herself, was Wonder Woman – a trailblazing comic book film in many respects, and now in title as well.

It’s not the only Wonder Woman-related film of the year, though – not even close. One of them (Justice League) does not have the word “wonder” in the title, though I sure be the studio wishes they could fit it in there somewhere. (Wonder Woman and the Justice League? Wonder Woman and Her Glowering Male Counterparts?) The other does, though – it’s Professor Marston and the Wonder Women, which we haven't gotten here yet, but will soon. It's a story about the creator of Wonder Woman and appears to get into some of the themes of bondage that were initially present in that character and those comics.

The conglomeration of these films can be explained by Wonder Woman having a moment, I suppose. But these other three figure to only be coincidences: 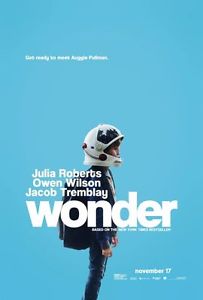 This one comes out next week in the U.S. and stars no less than Julia Roberts and Owen Wilson. It's directed by Stephen Chbosky, whose Perks of Being a Wallflower was a favorite of mine. 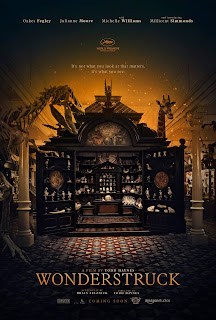 Todd Haynes' new film. Already out in the U.S. Not here yet. (A predictable pattern.) 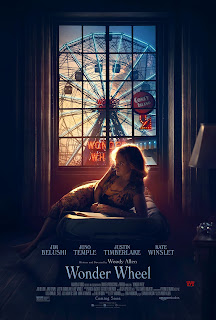 Woody Allen's new film. We get one a year, and he had to put "wonder" in the title of the one that came out in the same year as four other "wonder" films (or five if you count Justice League).

I wonder which one will be the best?

All I know is that the four (or five) others have a tough act to follow after my beloved Wonder Woman.
Posted by Derek Armstrong at 4:51 PM

Hello all
am looking few years that some guys comes into the market
they called themselves hacker, carder or spammer they rip the
peoples with different ways and it’s a badly impact to real hacker
now situation is that peoples doesn’t believe that real hackers and carder scammer exists.
Anyone want to make deal with me any type am available but first
I‘ll show the proof that am real then make a deal like

..Wire Bank Transfer all over the world

..Western Union Transfer all over the world