Did we kill Robin Williams? 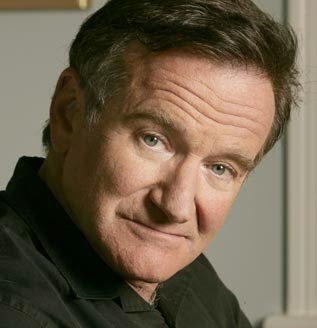 I have not been a fan of Robin Williams for a long time.

That could have been part of the problem.

Of course, it's also quite reductive to say that Williams committed suicide on Monday because he was not well enough liked by his public, even if the need to be liked is a prime motivating factor for many comedians -- especially a manic, life-of-the-party type like Williams. Even if that was one of the factors, it certainly couldn't be the only one or even one of the most important. If suicides were that easy to define on a causal level, then Mel Gibson would have killed himself years ago.

But I do think that a general mocking disinterest may have risen up around the man in the past ten or 15 years, and eventually overwhelmed him by creating toxic levels of self-loathing. In fact, it was just over 15 years ago that Williams made Patch Adams, a mainstream hit that nonetheless started his decline in the minds of discriminating films fans, so dependent was it on syrupy sentimentality. In retrospect, that feels like a real turning point for Williams, as he won an Oscar the previous year for Good Will Hunting, and then his career instantly started losing heat. He made some isolated interesting choices (Insomnia, One Hour Photo, World's Greatest Dad), but he was far more likely to churn out dreck (RV, License to Wed, Old Dogs) or fall back on his voice work (Robots, Happy Feet, Everyone's Hero). Even though he worked regularly and seemed to be trying as hard as ever, something about him started to stink up the place, until he became commonly considered a punchline. At least among those aforementioned discriminating film fans.

And on this front I can take some blame. As a member of the blogosphere, I contributed my share to a not-so-subtle undercurrent of Williams bashing, the kind that seems extra callous because it assumes that everyone agrees with it ... that no other option exists but to agree with it. That's right, my Williams bashing was fueled by the arrogant assumption that you all knew exactly what I was talking about.

Let's consider some of the ways I casually belittled Robin Williams over the years:

November 26, 2011: About the movie Bicentennial Man: "If you thought I was crazy when I just waxed poetic about an Adam Sandler vehicle, you might think me more so when discussing a Chris Columbus movie that was Robin Williams' follow-up to the much-reviled Patch Adams (and aims similarly at a viewer's soft and squishy parts)."

July 5, 2011: About the movie Man of the Year: "... but it's more like ill-considered Frank Capra stuff, and Robin Williams is just annoying as hell."

July 28, 2010: About the movie Fathers' Day: "I'm not a huge Williams fan, and Dale Putley is normally the kind of role in which I like him least."

February 27, 2010: About the movie Jack: "Coppola has actually admitted that he does stupid studio movies in order to help pay for his passion projects and keep him from going bankrupt, and Jack, in which Robin Williams plays a young boy on a growth spurt, seems about the stupidest."

November 11, 2009: About the movie Old Dogs: "Wild Hogs may have made me judge Travolta less harshly, but I remain as skeptical as ever of Robin Williams."

September 3, 2009: About the movie World's Greatest Dad: "I don't make much of an effort to see Robin Williams movies these days -- and really, who does -- but I am intrigued by Goldthwait ..."

Even though I went on to compliment Williams in at least two of those instances, I couldn't resist marginalizing him before I did so. That was six negative mentions in a two-year span. I'm not sure if I've ridden anyone else that hard on my blog, that consistently. The only comfort I can take from this? At least Williams bashing has fallen out of fashion on my blog in the past three years.

Now let's assume that everyone did feel the way I repeatedly expressed feeling about Williams. Namely, that he was once a captivating entertainer who had either become too comfortable with inferior paycheck roles or who had lost his ability to tell a good role from a bad one. The implied comment in our attitude was that he was no longer providing value to anybody, and now merely taking up some of the finite available space on this planet.

Well, if you thought that everyone felt that way about you, mightn't you consider ending it all?

Of course, Williams was only thought of this way on the snarkosphere. Your average person dug Patch Adams, and found Williams to be a beloved entertainer throughout his career. Even among those who didn't love Patch Adams and the types of movies Williams made after that turning point, a sizeable percentage still generously remember him for his excellent work in Good Morning, Vietnam, or Awakenings, or Aladdin, or Mrs. Doubtfire, or The Birdcage.

I wish I could eulogize Williams with fond thoughts on these iconic roles, but really, I don't think I've earned the right. I'll let those pieces be written by people who were kinder to him than I was.

The thing I regret today as I think back on Williams is that he never seemed like the kind of S.O.B. who deserved our snark. Sure, some of the choices he made were easy targets, and he happened to have some long losing streaks in the 21st century. But he always seemed like a nice guy, a guy who would put on a happy face even when he only had unhappy ones to choose from. And when he did really want us to like him, it didn't feel like a selfish demand for affirmation. It felt like a natural extension of a personality that had always tried to make people laugh.

But Williams was a sad clown, doomed by chemical imbalances in his brain to live a shorter life than we wanted him to live. Because really, nothing anyone said about Williams could have led to this. Depression is never so rational. Depression has a nasty habit of ignoring all the things in your life you have to be happy about, while focusing only on the negative. And depression doesn't have to go seeking out the negative in blog posts and tweets. It finds it wherever it looks.

And now that we have lost Williams to depression, I find myself fervently wishing that instead he could be on a set somewhere with John Travolta, about to shoot Old Dogs 2.

Make good movies, make bad movies, I don't care -- just stick around, Robin. The world is lesser without you. You deserved your share of the finite space more than a lot of us.
Posted by Derek Armstrong at 7:17 AM

Damn man. Honest and unflinching and makes really necessary points, I think, in regards to what the critical atmosphere on the world wide interwebs has become. I wrestle with these thoughts myself, not just about Williams but other actors and filmmakers, etc. How far is too far? Where's the line?

It reminds me to sing the praises of what I appreciate about the people I appreciate while they're still here.

Fortunately, I seriously doubt that Williams would have read anything I wrote. Even if I had devoted multiple full-post screeds to his terribleness, my little blog probably still would never have made it to his eyes. However, others with more of a bully pulpit probably would have, and we're all part of the same game.

That said, it's pretty uninteresting if you only say nice things about people all the time. People in the public eye have to know that there are some people who are going to hate them. Heck, even George Clooney probably has people who hate him. You have to have a thicker skin than Williams did if you're going to choose that as a career path.

However, I'm going to give the man enough respect to not blame his suicide on people saying nasty things about him. There was a toxic cocktail of different unhappy triggers working its insidious way through his system, and it ultimately reached the breaking point.