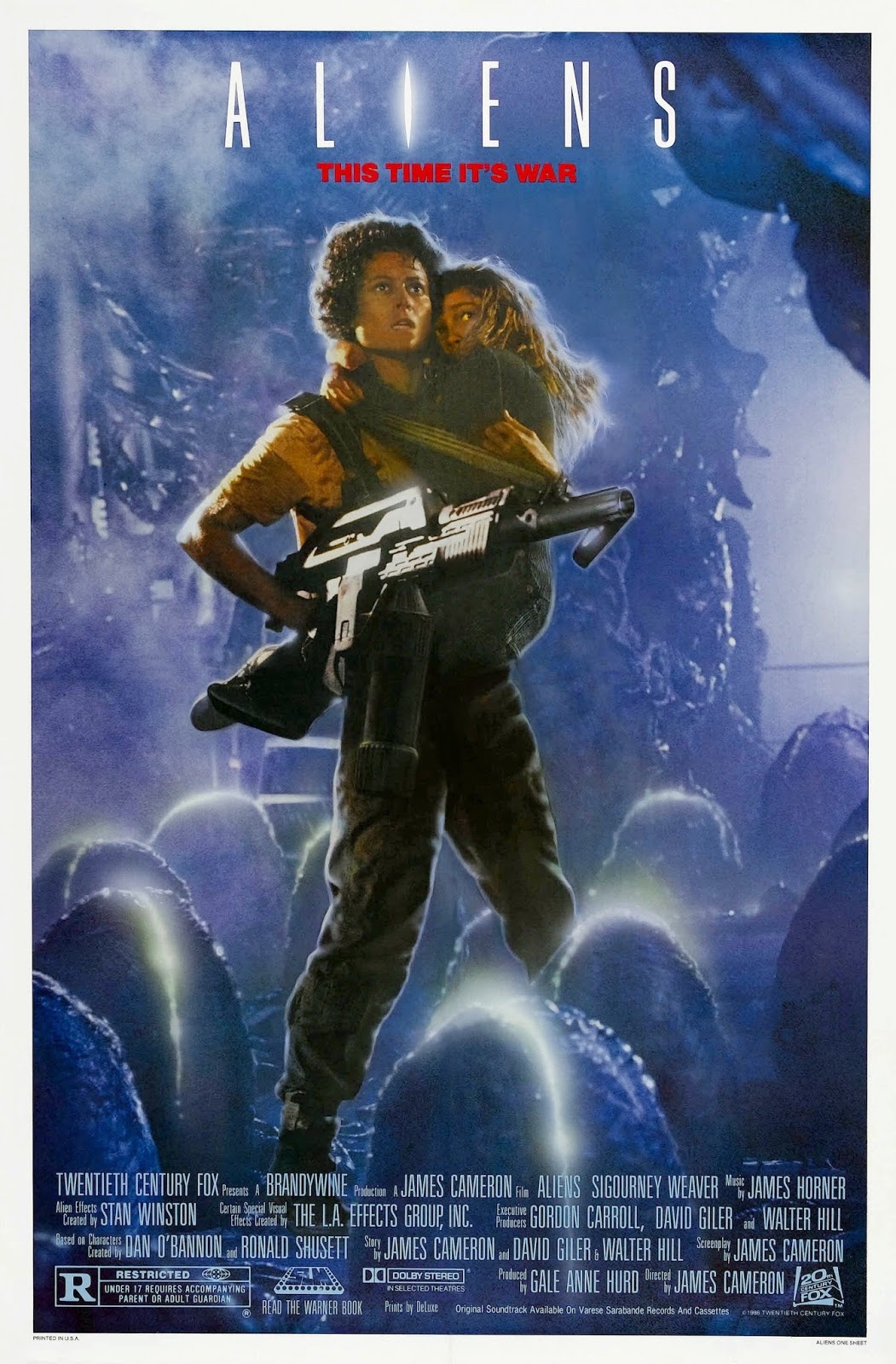 It's one of those cinematic discussions that seems to keep on circling back around. Every couple years, like clockwork, I seem to be around people having the following debate:

Which is better, Alien or Aliens?

They seem to find this debate especially interesting because, as they are fond of pointing out, Ridley Scott's seminal 1978 film and James Cameron's phenomenally successful 1986 sequel exist in two different genres. Alien, they point out, is a horror movie, or even more specifically, a haunted house movie. Aliens, on the other hand, is an action movie, even a war movie.

I don't mean to belittle this debate or suggest that the people who have it are not creative. I've probably initiated this discussion myself on occasion. I'm just kind of surprised by the legs it's got. People just can't get enough of comparing and contrasting the first two Alien movies.

As much as I have been involved in this debate, though, I've tended to take on the role of the curious onlooker. I mean, I've suspected where my preferences lay, but having only ever seen Aliens once, in the 1980s -- and having seen Alien all three of the times I've seen it since then, including twice in the past five years -- I didn't know if I could confidently choose the original over the sequel, without giving Aliens its due via another viewing.

And as there have been more and more years that have passed since I've seen Aliens, its mythology has grown accordingly. Having already had a sense of its greatness as an action movie, I have since decided that it probably exceeds the sometimes limiting confines of that genre. I mean, just think about the mythical badass that Sigourney Weaver is in this movie.

Until Sunday night, though, when I finally sat down with Aliens again.

The first thing that struck me was the withered, old-fashioned look of the 20th Century Fox logo as it popped up at the beginning of the movie. That's what the logo looked like in 1986, but that made me realize I had this weird persistent idea of Aliens as "new." It's nearly 30 years old, Vance. Some age is going to show on it.

I had forgotten that the movie began with Ripley being rescued from years of hypersleep -- 57 years, as a matter of fact. That figure chilled me when Paul Reiser revealed it to a groggy Ripley. Aliens was interstellaring us years before Interstellar.

The setup is great. In an Aliens appreciation piece I read recently, the writer noted that nearly nothing that can be described as conventionally exciting happens in the first hour of the movie. I was rather staggered to hear this. You could never get away with something like that in 2015, as an action movie would be almost contractually obligated to begin with a ten-minute action set piece, even if it then proceeded into a half-hour plus of laying the groundwork for the second half of the movie (but it probably wouldn't actually deprive viewers of explosions or fisticuffs for any half-hour period of its running time). Yet the opening hour of Aliens works exquisitely, slowly building tension until the creatures are unleased on us in all their fury around the 55-minute mark.

A surprising thing happened then, though. I actually sort of became less interested for the next 45 minutes or so.

Although this is the part where the marines realize how terribly overmatched they are, and it also contains Bill Paxton's most quotable lines, I found both the alien kills and the marines' responses to them less clever than I expected them. This is probably also the part of the evening when I started to get really tired, having gotten a later start on the 137-minute movie than we would have otherwise liked.

Of course, once the cast is pared down basically to just Ripley, Newt and Bishop, the movie really grabbed my attention again. Perhaps it was seeing Aliens for the first time as a father, but I got damn near emotional when Ripley appears in the power loader and spits out her epic line: "Get away from her you bitch!" I love that her fight in the loader takes on an almost slow-mo quality because the loader is so very big and deliberate in its motions. Anyway, the ending felt incredibly satisfying.

I think it's kind of funny that both of these movies end with the alien being shot out of an airlock. Now I'm curious to go back to Alien to see how similar that end scene is. I imagine it's different enough, but it's funny to consider the similarity since these two movies are otherwise thought of as so different in their tone and intention.

So my first viewing of Aliens in about 25 years did in fact convince me of the superiority of the original, which ranges from a slight superiority to a more significant one. Both are obviously first-rate films.

And in case you were wondering, I won't be widening my net to revisit Alien 3 or Alien: Resurrection any time soon ... even if the directors of both of those films have gone on to have very interesting careers, and it would be useful to see how these films fit into them in retrospect.

Now I'm looking ahead to what Neill Blomkamp will do with an Alien reboot/sequel ... and after watching Chappie last night, I feel even more encouraged about his maturation as a director and his ability to pull it off. Given the robotics and mech suits he's used in his movies, a reappearance of the power loader in the next Alien film is almost a guarantee.
Posted by Derek Armstrong at 10:02 AM